The King of Low Temperatures 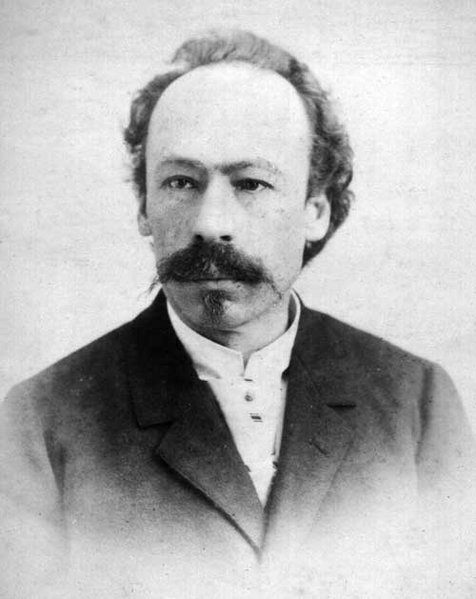 Karol Stanisław Olszewski (1846-1915) – a Polish chemist, physicist and mathematics; expert of low temperatures nominated for the Nobel Prize in Physics

On a frosty day in February 1846, peasants rebelling against the Polish gentry in the southern Poland forced their way into the Broniszów village. The peasants killed its heir, ravaged the demesne and decided to kill the trustee and tenant Jan Olszewski as well. Seeing them coming, Jan took his son, jumped onto nearby sleigh and started running away. Aware of the fact that he would not be able to escape for much longer and wishing to save his son, Jan threw away a bundle with the baby inside it at the turning of the road. Shortly afterwards, a drunk bunch of raiders hunted Jan down and killed him. The “saved-by-the-bell” infant was found by peasant women and returned to his mother. This miraculously rescued boy was none other than Karol Olszewski, a future scientist; a great chemist, nominated for the Nobel Prize for Physics, an inventor and innovator of world class stature in the field of low-temperature physics and cryogenics.

His mother, Anna ze Zwolińskich, wanted to compensate for the boy’s fatherless upbringing, so she ensured that her son had every possible educational advantage. In 1863, during his years at the middle school in Tarnów, yet another pro-independence uprising started. Having heard about this event, the nearly fourteen-year-old Olszewski ran away from home with the intention of joining the rebellion, but before he had any chance to enlist he was arrested and imprisoned in Cracow for several months. After being released, Karol started his studies of Physics and Chemistry – first in Cracow at the Jagiellonian University (whose alumni include Nicolaus Copernicus and Pope John Paul II) where he was an experiment demonstrator and an assistant to the chemistry professor Czyrniański. He succeeded in liquefying and solidifying carbon dioxide and managed to get a degree in just over the course of one year. Later he studied in Heidelberg where he stayed for one semester as a holder of a government scholarship and obtained a degree of a Doctor of Philosophy in Chemistry. He travelled, for scientific reasons, across Germany and Austria, to take the opportunity to study under Robert Bunsen, Gustav Kirchhoff and Thomas Blum; later he came back to Poland. Within four years he became a professor and in 1876 he took over a Department of General Chemistry at the Jagiellonian University and, after its division, a Department of Inorganic Chemistry. This impressive career trajectory was secured by Olszewski’s investigations relating to low temperatures, an area of study that was largely overlooked at the time.

Zygmunt Wróblewski (1845-1886) and Karol Olszewski (1846-1915):
Polish scientists, professors at the Jagiellonian University in Cracow
who for the first time liquefied oxygen and nitrogen in static state

In 1883, together with professor Zygmunt Wróblewski, a newly appointed Professor in Physics, Olszewski made a spectacular experimental discovery; the team succeeded in liquefaction of oxygen, and just a few days’ later nitrogen, the two main components of the air. They also managed to solidify methyl alcohol and carbon dioxide which had been known before only in liquid and gas states. Wróblewski and Olszewski made a productive duet as the first one was deeply aware of the physical aspects of conducted experiments and the second one mastered techniques of gas condensation, chemical side of gas production and had an extraordinary talent for engineering.

The news about the successful experiment was received with surprise in Western Europe; at first the scientific world of the West had many doubts as to the accomplishments of the scientists considered rather ‘poor relations’ of ‘proper scientists’. All the same, when finally, they had been proved to be right; letters of congratulations and proposals of cooperation from all over the world came to Cracow. The results of their investigations created a great interest – they were a subject of many conferences and reported in numerous specialistic journals.

During autumn 1883, Karol Olszewski constructed a machinery for liquefaction, and in January 1884 he became the first to liquefy hydrogen in a dynamic state; he reached a temperature of -225°C (48 K), the then-lowest world temperature, which made test tubes in Cracow laboratory the coldest point on the globe! Additionally, in 1895, he managed to liquefy and solidify argon; this was possible through constant technical improvements in the construction of the apparatus used for producing those usually low temperatures. Olszewski designed many different installations for gas liquefaction that were manufactured in Cracow to be used in almost all laboratories dealing with gas investigations across the world.

In 1885 William Ramsay, a renowned British scientist who discovered the helium-group gases, asked Olszewski – as the greatest authority in the field of low temperature – to liquefy and test the newly discovered argon and helium. Olszewski easily liquefied and solidified the first gas, however he could not liquefy the other, most probably because of the insufficient amount of helium, placed at his disposal (30 milligrams).

Olszewski acquired worldwide fame; he was recognised and received honours on numerous occasions; however, he did not care about distinctions and privileges. Even the title of ‘Court Councillor’, rarely given to professors at that time, rewarded by an Australian Emperor, Franz Joseph I, did not make much impression on the modest scientist. He willed all of his estate as an anonymous donor to the Academy of Learning in Cracow; unfortunately, this modesty did not help him in promotion of his name as the author of the ground breaking inventions. Much of his life he spent defending his name from accusations of plagiarism; the nomination for Nobel Prize in 1913 did not result in receiving the award and subsequent generations of scientist largely forgot his contribution to his chosen scientific field.

Karol Olszewski went down in the history of the Jagiellonian University as one of its greatest alumni and professors. Thanks to him, the little known university in Cracow became, for a while, the leading institution dealing with cryogenics. In celebration of his hard work and unique talent, his individual successes and pioneer contributions to the world of science, he was given a status of the ‘King of Low Temperatures’ and became a candidate for the Nobel Prize in Physics.

Professor Karol Olszewski in the laboratory; painting by Leon Wyczółkowski

He died in March 1915, alone in his office in Cracow. He was a great, if isolated, pioneer who spent his every spare moment in the laboratory; his sole interest was his scientific work and it stayed like it until his very last hours. The Polish chemist dedicated his whole life to science and passed away as a true researcher; when his dead body was found, it transpired that on one piece of paper he managed to list the symptoms of the upcoming death and on the other one wishes for the funeral...