The Woman of Many Firsts

Maria Skłodowska-Curie is probably one of the greatest scientists of all time. Her accomplishments brought her worldwide fame and you probably know or at least might have heard of her too. She was the first woman to receive two Nobel prizes in different fields. But that is not the end of her achievements, this is only an introduction to an amazing history of a woman who changed our everyday reality.

She was the youngest of five siblings, her mother was a pianist, but it was from her father that Maria inherited an interest in science, especially Physics, Maths and Chemistry.

Since early childhood Maria showed signs of a brilliant memory and brightness, which made her stand out from the rest of her peers. Nonetheless, life was never easy for little Maria and by the time she was 10 her mother had died of tuberculosis. Due to her father’s bad investments, in order to maintain herself, Maria had to take up a job of a science tutor, before becoming a governess. She made a pact with her sister Bronia, whom she had promised to finance her medical studies so that after her graduation she would have returned the favour by allowing Maria to fulfill her dreams and apply to Sorbonne, Paris. In 1891, Marie (then only Skłodowska) became the first woman to pass the entry exams in Physics and Chemistry in Sorbonne’s history. In spite of early success, financial problems troubled Maria a lot. At her lowest point she was so poorly nourished that she would faint daily. Even though things were not easy, in 1893 and subsequently 1894 Maria obtained a Master’s degree in Physics and Maths. In the meantime, she met her future husband Pierre Curie whom she married a few months later.

In 1898 together with her partner, Maria Skłodowska-Curie discovered a new element, which later she called Polonium (in honour of her homeland-Poland). Their discovery won them a Nobel Prize. However, they both decided against attending the prize giving ceremony saying that it would interfere with their research. Even when Maria gave birth to 2 children, raising them had no adverse effect on their work. The Curie pair during work

The streak of success came to an end when Pierre Curie died due to a carriage accident. A huge blow to Skłodowska proved to be a turning point in her scientific career and yet another streak of huge achievements was to follow.

Only a few months later, Curie took the place of her late husband and became the first female professor in Sorbonne’s history. Then in 1911 another Nobel prize was awarded to Maria, this time in the field of Chemistry for the isolation of pure radium, a ground-breaking discovery, later used for medical purposes in X-rays therapy. It made Curie, as previously mentioned, the only woman to ever receive two Nobel prizes in two different fields. 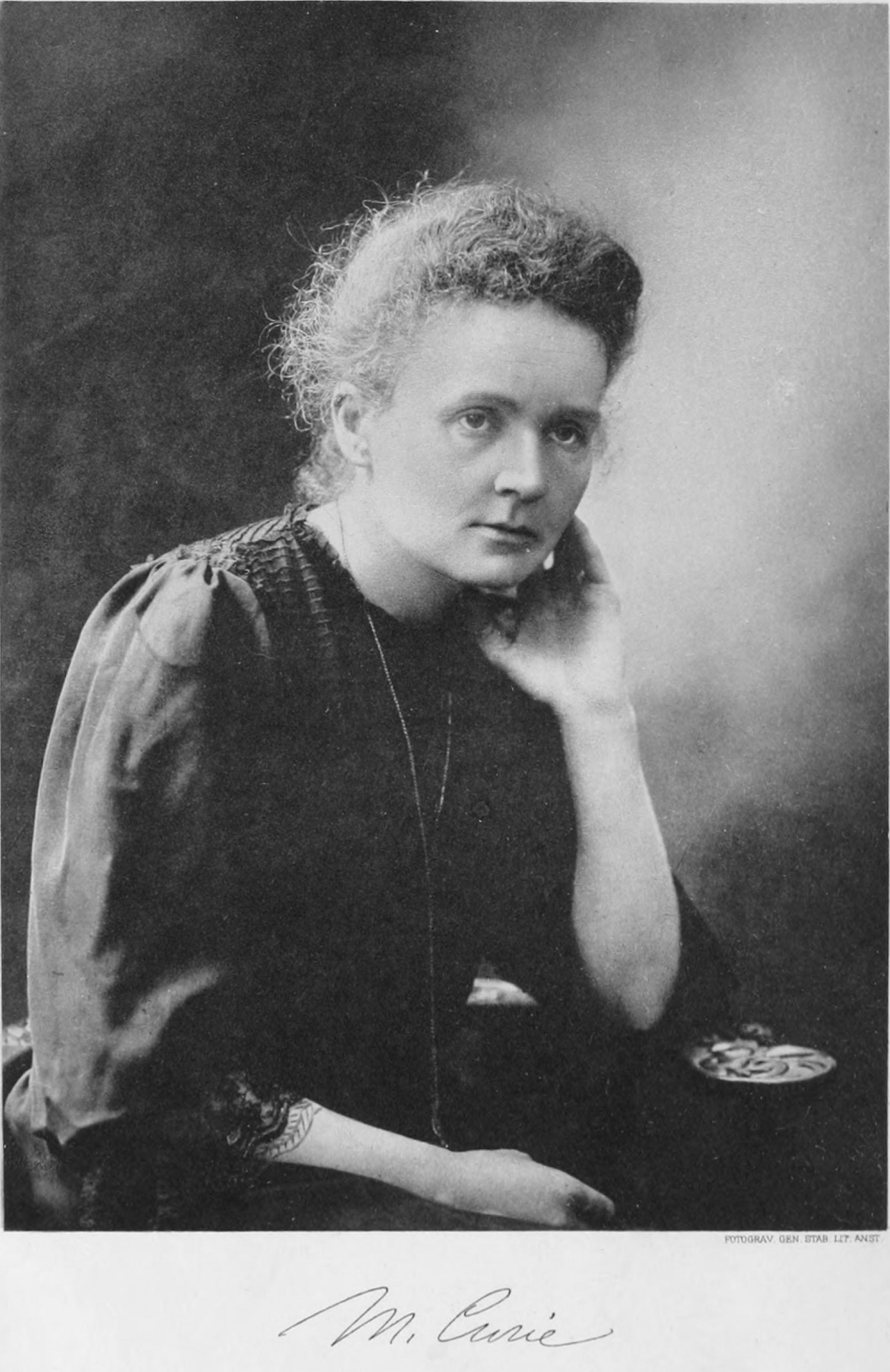 When The Great War broke out, in order to help the fighting men on the western front Maria mastered the use of portable X-rays. She sometimes even appeared at the battlefield, for instance during the battle of Verdun in 1916. In order to transport the machines she was one of the first women to actually drive a car. The vehicles, in which the machines were transported, even received a separate appellation -“little Curies”.

After the conflict reached its end, Skłodowska was twice invited to the U.S, where she had been presented with a gram of pure radium, given by the President Warren G. Harding. Besides, Skłodowska gave public lectures in various countries such as Brasil, Spain or Czechoslovakia.

The exposure to radium, was unfortunately also the cause of Sklodwska’s death. In 1934 she was diagnosed with leukemia and passed away at the age of 77. 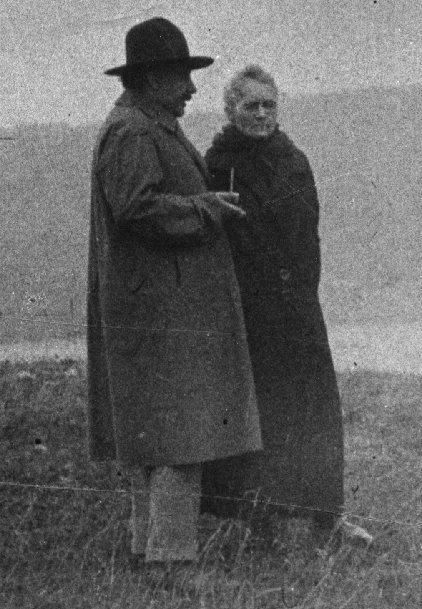 Albert Einstein and Skłodowska in 1913

61 years later, her grave alongside her husband’s was moved to the Pantheon in Paris. She still is the only woman to lay there.

For the courage Curie showed in  fighting for her rights and the devotion to science and learning, she will be remembered as one of the most extraordinary personalities in science and as a true symbol of women’s emancipation.

"Marie Curie is, of all celebrated beings, the one whom fame has not corrupted."