A Pole in Hollywood

Polański on set of “The Pianist”

Roman Polański is without doubt the most recognizable Polish movie director, the author of such masterpieces as ”Chinatown” or ”Rosemary’s Baby”. Throughout his career, which began back in 1955, Polański had won countless awards including an Oscar for directing ”The Pianist” in 2003.

Polański was born on August 18th 1933 in Paris where he and his family lived until 1937 when they decided to move to Cracow. During World War II he, as a member of a Jewish family, was placed in Cracow’s ghetto. His mother – Bella Katz-Przedborski – was subsequently sent to Auschwitz and killed. Shortly thereafter, his father – Mojżesz Polański – organized an escape from the ghetto for young Roman. Mojżesz would shortly after be transported to the Mauthausen camp where he would spent  the rest of the war. After escaping  the ghetto, young Polański was hiding until Germans’ defeat by the Red Army. A few months after the war Roman found his father, who by that time had found a new wife. His father paid for his son’s education, but they have not lived together as a family since.

Polański developed his extraordinary directing skills during  his 5-year-long studies at the Polish National Film, Television and Theatre School in Łódź, which he attended between 1954 and 1959. The future film legend was once nearly expelled from the over an incident with an   short film he had recorded as a  school’s assignment. In order to produce it he paid a couple of local hooligans to break into a school event and stir things up. Matters got out of control,  and a few students were seriously hurt. Nevertheless the short film was recorded and has gone down in the history as ”Break Up the Dance” (1957). Polański had become  globally recognized even before graduation. Another short film he recorded – ”Two Men and a Wardrobe” (1958) – was honoured  with 6 awards, including one received at the International Experimental Movie Contest in Brussels. The short film was also the first one in the Polish  cinematography to be commercially broadcast. 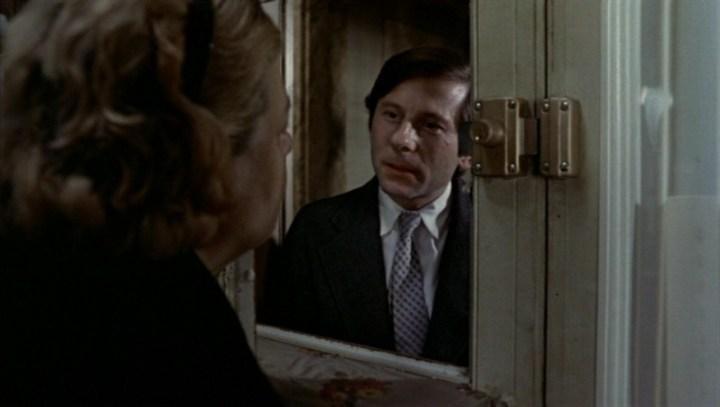 A cadre from “The Tenant”

After finishing the school Polański debuted with a movie ”Knife in the water” (1961). The movie gathered outstanding reviews and was even nominated for an Oscar in the best foreign language movie category. Such an illustrious beginning for a young director was a promise of even greater things to come . Throughout the years he has worked with dozens of brightest stars such as Jack Nicholson, Pierce Brosnan, Adrien Brody or Johnny Depp. Worth mentioning is the fact that he has not limited himself  to directing. Polański also worked as an actor in numerous productions. In Andrzej Wajda’s interpretation of the classic Polish comedy ”The Revenge” (Zemsta) he played the role of Józef Papkin, while in the movie ”The Tenant” (which was also directed by him) the Pole played the main role, which won him excellent reviews.

The director also had an eventful life away from the spotlights. He was married three times. The first marriage fell apart after three years, while the second ended when his wife – Sharon Tate was brutally murdered after only a year of marriage in 1969. He is now married to Emmanuelle Seigner – his third wife.

After the resounding  success of „Rosemary’s Baby” and „Chinatown” it seemed nothing could ever go wrong again. Unfortunately for Polański, it did and it was even worse than anyone could predict. In 1977 he was charged with sexual abuse of a 13-year-old girl. After a long trial, on the day when the sentence was announced, he left the United States and hasn’t returned since. The trial is, after 40 years, still ongoing and it doesn’t look like it is going to end anytime soon, despite the fact that even the victim of the supposed sexual abuse has appealed to drop the case. 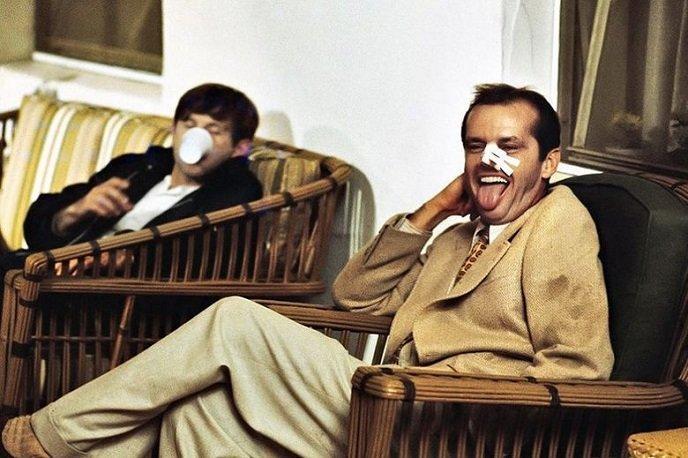 Polański and Nicholson on set of “Chinatown”

His life was surely not easy – growing up in occupied Poland, having his wife killed and finally, being accused of sexually abusing a child, which definitely turned his career upside down. There is a saying that the only things that matter come with great effort and it seems justifiable to say that this very saying sums up Roman Polański’s life.