An Electrician Who Became President 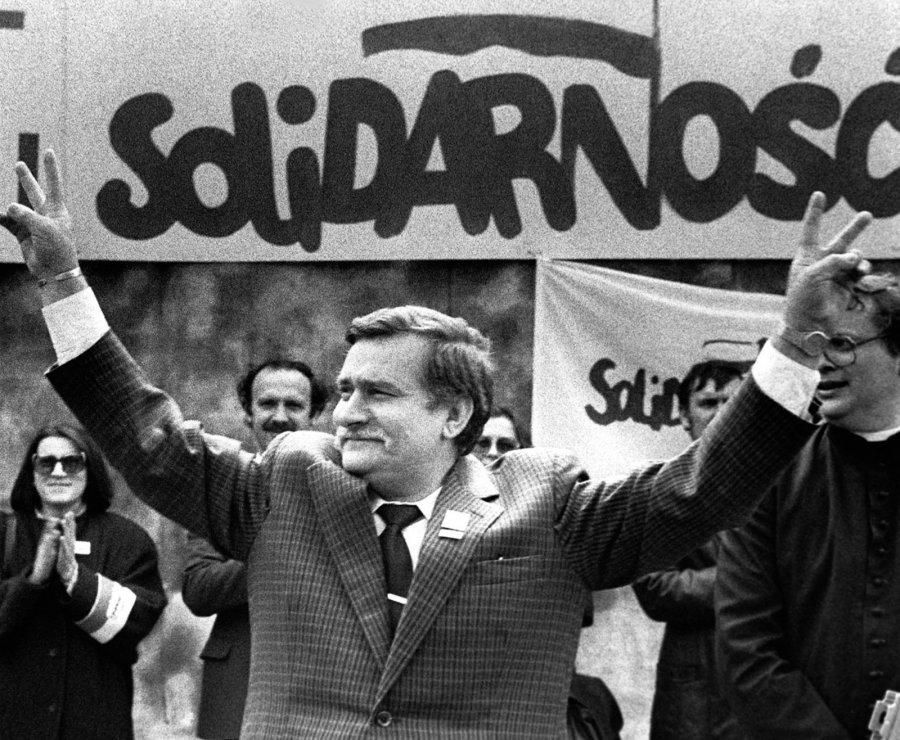 Lech Wałęsa is a Polish politician who played a significant role in abolishing communism  in Poland and eventually triggering the fall of Communism in the entire  Soviet sphere of influence. His outstanding performance in fighting Communism in  the 1970’s and 1980’s led to him being awarded with the Nobel’s Peace Prize in 1983.

He was born in 1943 in a village of Popowo in northern Poland, in the family of Bolesław  Wałęsa, a farmer married to Feliksa Kamieńska. He was educated in a technical school and got his first job as a repair man in an agricultural machines centre. The future  President of Poland lived in Popowo until 1967 when he decided to try his luck in Gdańsk, which at the time was one of the biggest industry areas in Poland. In May of the same year he took up a job of an electrician in the Gdańsk Shipyard.

His career as a public activist began in 1970 when Wałęsa was elected a member of the strike committee during protests against the rising  prices of food. Unfortunately the protests were brutally put down by the Communist government using the military, which resulted in high number of casualties. Despite the evident  failure of the protests, his charisma and ability to lead people were noticed and a month later Wałęsa was involved in the Labuor Union’s council  and promoted to the role of Social Work inspector. During the next years he became involved in the budding resistance initiatives, for example the illegal Free Trade Unions movement. Because of this activity, Wałesa was often fired and imprisoned. Armed with that experience , ten years later, in July 1980, Wałęsa led another protest in the  Gdańsk Shipyard , which this time, turned out to be a great success as the government gave in and agreed to all of the protesters’ demands. Encouraged by recent success, in September that year Wałęsa became the first leader of the NSZZ Solidarność (Solidarity Trade Union)  – an organization, which  would eventually evolve from being a labour  union to a socio-political movement embracing  over 10 million members. Wałęsa was at the time a charismatic, wildly popular figure. With his rural origins, eight children and an image of the Black  Madonna pinned to his lapel he seemed the embodiment of Polishness, a figure transcending all divisions.

During the tumultuous thirteen months that followed Wałęsa displayed considerable talent as a leader and negotiator, skillfully maneuvering  among radical and moderate elements in Solidarity and the Communist party, often defying his advisors and other Solidarity leaders.  All his efforts, however, could not prevent the imposition of the martial  law in December 1981. Solidarity leaders were arrested and detained  and Lech Wałęsa was kept in solitary confinement for several months. The authorities tried their best to make him denounce Solidarity as a plot of anti-system intellectuals who had duped him. The government’s plans assumed establishing new government-controlled labour  unions. Wałęsa was seen as a leader of this newly organized union, but he declined, and remained unassailable. 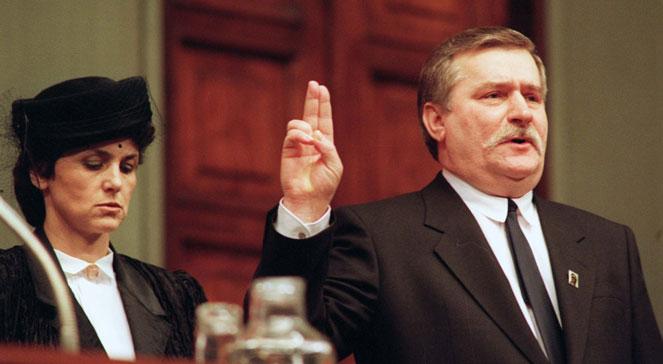 In the face of this failure the Communist delegalized NSZZ Solidarność and similar organizations in October 1982. The reaction of activists was to decide to continue the struggle in the so-called  “underground” under Wałęsa’s moral leadership.

In 1983  the leader of NSZZ Solidarność was honoured  with a Nobel Peace Prize. Unfortunately he couldn’t receive the Prize in person as the Communist government refused to let him leave the country. Instead, his wife Danuta and their son Bogdan  received the Prize on his  behalf.

In 1988 Wałęsa once again  organized a strike in the  Gdańsk Shipyard. This time the protest ended up with a compromise and led to negotiations, which have gone down in history as the ‘Round Table Agreement’. The negotiations between opposition led by Wałęsa and the government represented by Minister of Internal Affairs – Czesław Kiszczak – took place between February and April 1989. The agreement reached eventually led to the downfall of the  Communist government in Poland in June 1989, after the first free elections held in the country since  World War 2. One year later, in December 1990 Lech Wałęsa was elected the first Polish President after communism in Poland had collapsed. His term was a time of great difficulties where crumbling Communist economy was confronted with liberal style reforms, resulting in massive unemployment and labour unrest.  He saw the irony of Poles re-electing Communists into the Parliament in 1993 and then lost in 1995 his second presidential run to Aleksander Kwaśniewski. 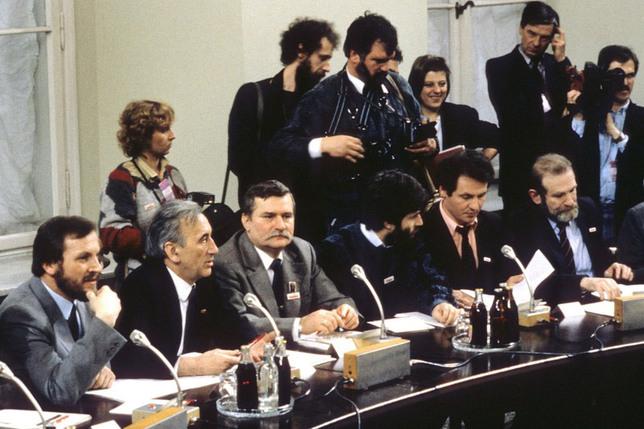 Lech Wałęsa during
Round Table negotiations (1989)

A couple of years ago, Polish public  witnessed an extraordinary outburst of controversies about Lech Wałęsa, after he’d been accused of cooperating with Służba Bezpieczeństwa (the secret Communist political police). The former Solidarity leader and President has allegedly worked  for SB since 1970, under pseudonym “Bolek”. Despite Wałęsa’s numerous disclaims the debate is still vivid and it is unlikely to end to end anytime soon.

The video interview with Lech Wałęsa: